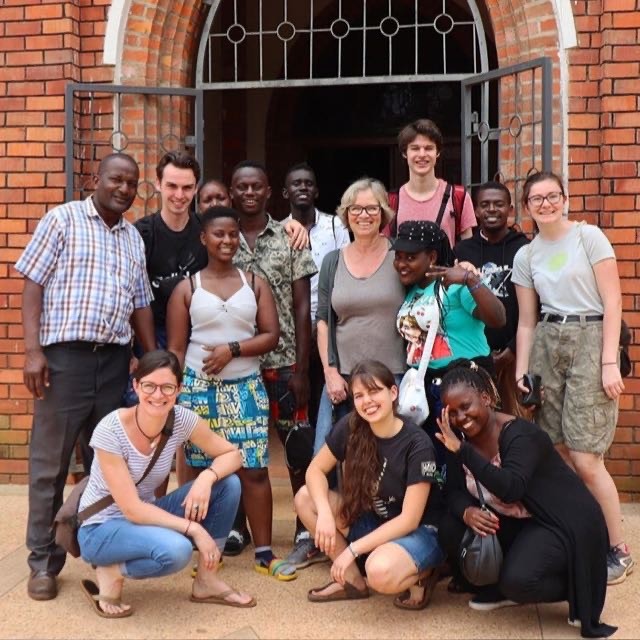 On the trail of the pineapple with the film camera - film release on 6 May 2022 at the Hoftheater Baienfurt within the abgedreht film festival.

Finally it has its premiere, the reportage about the pineapple, with many critical questions about the Sustainable Development Goals, fair production, organic products in the Global South and sustainable consumption.
Our film is entitled:
ANANANSI

The film is basically about the journey of a Ugandan pineapple - cut and dried - to a German Fairtrade shop.

But this film is much more than that.

It was made by a group of young people with intercultural backgrounds who took a critical and questioning look at the cultivation and trade of pineapples and at "responsible production and consumption" in general - oriented towards one of the UN's sustainability goals in its Agenda 2030.

The group was able to do most of the filming together in Uganda, during the first meeting of the 5 Ugandan and 5 German young people in February and March 2020. The group was accompanied by 2 educators, a filmmaker and the project leader.
Due to the pandemic situation, the film crew then had to shoot some scenes separately in their respective home countries.
The final editing was closely supervised by the Ugandan filmmaker Phoebe Ntandegwawo and explanatory animations were created by a German participant - Jana Konrad from Waldburg.

The result is a 20-minute film with beautiful pictures, interesting information, unusual questions and not without criticism of global trade.
The project was supported by the BMZ (Federal Ministry for Economic Cooperation and Development) and is part of the encounter programme "weltwärts".
Abgedreht applied for the funding with a specially designed creative project in the field of film and was awarded funding for it.